Get the Saint Louis Blues

Experience the rich tradition of the Blues in Saint Louis with the best music spots in the city.

No matter what time of year, a stroll through the streets of Saint Louis is always accompanied by the soundtrack of the city pouring out the doors of restaurants, bars, and clubs. Even if you've never heard it before, or don't consider yourself a fan, you’ll be pulled into the music and find your toes tapping to the beat. 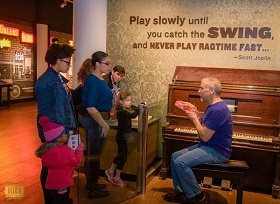 It won’t be long until you’re dancing the night away and whistling the tune of the Blues for days to come.

The connection between the Blues and St Louis goes back over 100 years when it traveled up the Delta and wove its way into the heart of the city. With its big band sound and ragtime piano roots, the music of St Louis quickly blended into the Blues tradition and became a part of the cities culture.

"In St Louis, the Blues is a brother/sisterhood." Says Dave Beardsley, a longtime Blues fan and the founder of STLBlues.net. "Everyone gets along so well, and they get their inspiration from each other."

Today, that culture and history are enshrined in the National Blues Museum. Located next to America's 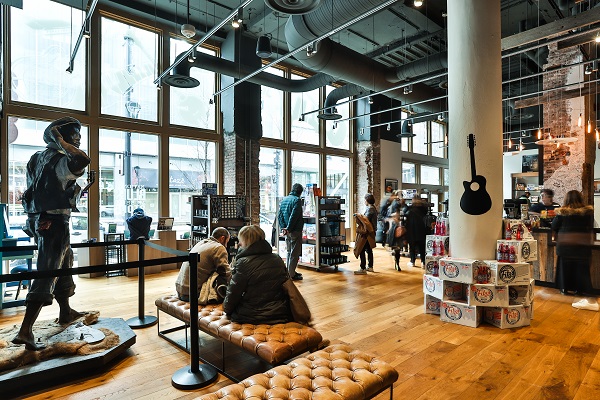 Center convention complex in downtown St. Louis, the museum is within walking distance from some of St. Louis's most popular attractions, including the Gateway Arch, Busch Stadium, and Laclede's Landing. A visit to the museum takes you from the beginning of the Blues through the genre's various styles while exploring the impact of the greatest musicians to contribute to its variations. With both technology and artifact driven exhibits, it’ll feel as if you're stepping into the music itself. The museum is open 10 – 5 pm Tuesday – Saturday, Fridays open late until 8:30 pm, and Sunday and Monday are 12 – 5 pm. Ticket prices range from $10 for children 5 -17 to $15 for adults and the museum has something for every visitor at any age. 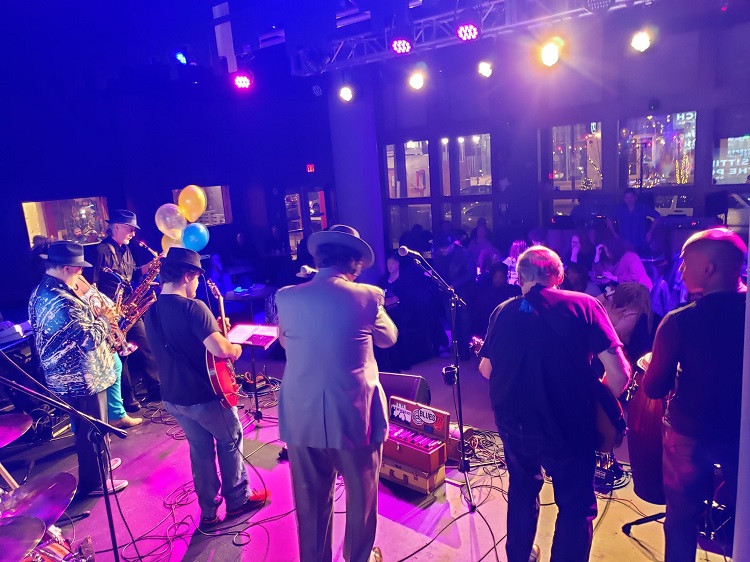 To experience the music even more, the Museum hosts live music events like Sittin on the Porch Open Jam on Thursdays (6 – 9 pm), Howlin Fridays (7 – 10 pm), and Soulful Sundays (4 – 7 pm). Tickets are $15 and seating is first-come, first-served.

Considering the number of bands and bounty of live music happening every night it's no surprise that there is no shortage of venues. With some clubs open till 3 am the party doesn't stop, so when one band goes down another comes up. That's the beauty of the city.

"There are 80 working Blues bands at any given time and more bubbling up." Says Beardsley. "Any night of the week I can send you to 12 different clubs with great music."

Don't just take his word for it, Beardsley's' website, the STLBlues.net, hosts a Music Calendar that provides a plethora of options. Sort by band or by venue and plan out the best spots to visit. There are also music 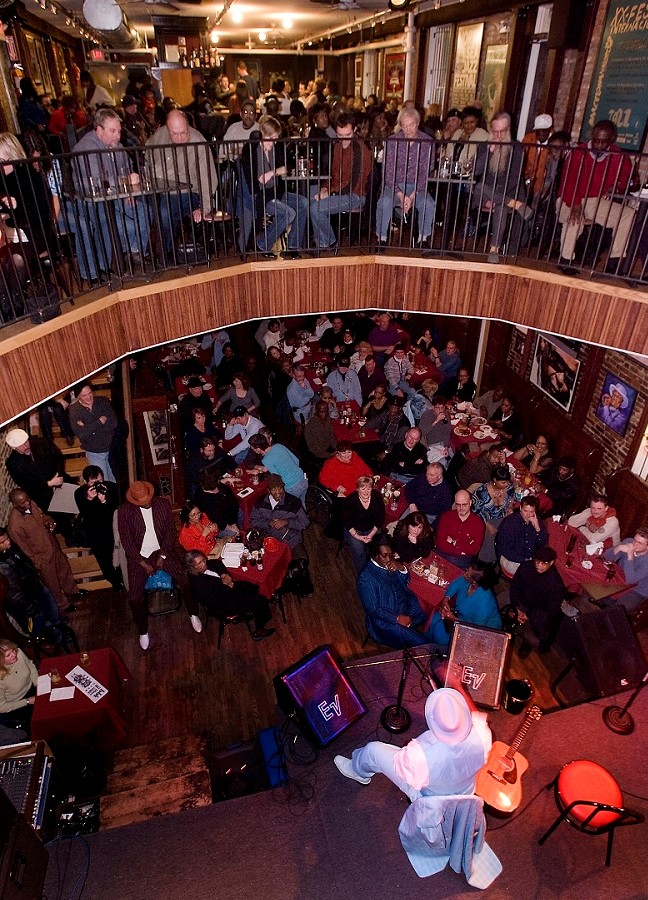 reviews, read up on music news, and learn more about those in the scene with interviews and band bios.

Among the most popular venues to appear on the website is the Broadway Oyster Bar. This St. Louis favorite pairs amazing music with a menu filled with Cajun classics, and the music is free up to 8 times a week. If traveling by car, keep in mind that there is a parking lot with limited space, but street parking is free after 7 pm and all day on Sunday.

For a legendary Blues club experience, make sure to visit BB's Jazz, Blues, and Soups. BB's serves up live music 7 nights a week along with southern-inspired comfort food. With a New Orleans style balcony overlooking the stage and a large 1st floor, there isn't a bad seat in the house. And, depending on the season, there’s a garden patio, which boasts impressive views of significant St. Louis landmarks and its skyline. The cover charge ranges from $5 to $10, but the talent more than delivers for the price