A Medieval Castle with a Vintage Twist

Inside the Stately Halls of Castello di Amorosa

Castles are in short supply in the United States, but in Calistoga you’ll find the beautiful Castello di Amorosa basking in the California sun on a hill, vineyard sprawling before it.

“It’s really an ‘Ah ha!’ moment when you see it,” says Jim Sullivan, Vice President of Public Relations and Marketing. 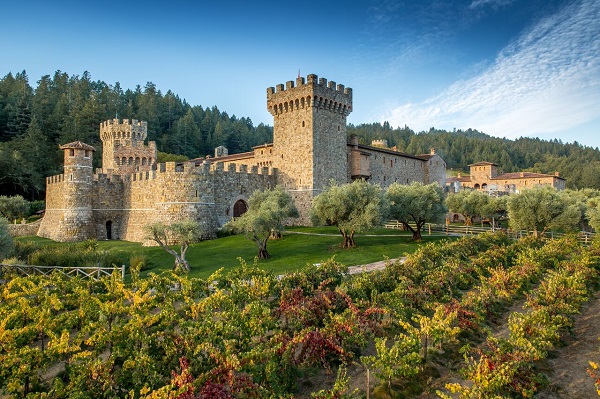 This authentically-built, 13th century-inspired Tuscan castle and winery was designed by owner Dario Sattui, who’s fascination with medieval architecture and passion for wine spurred him to create this unique structure in the Napa Valley. “The owner would go back and forth to Italy to study medieval buildings,” Sullivan explains. “His original plan was not the castle, but a Tuscan village. He started with a very small concept, but then he wanted to build the underground tunnels for the winery. That’s how the castle came about. I think even he’d tell you it turned out much bigger than he planned.” 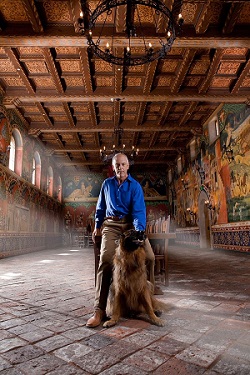 A real castle can't be built from modern cement and fiberglass. Instead it’s made from Napa Valley stone, combining aspects of Italian castles from the 9th through 13th centuries. “If you look around the courtyard pictures you’ll see how a castle has evolved over time,” he says.

There’s never really a bad time to visit Castello di Amorosa, but each season certainly has its appeal. According to Sullivan, harvest time is great because the whole valley smells like wine. Late spring and summer have a lot of tourists, but also really beautiful weather. But his personal favorite time is winter. “I really like the castle in winter because it has that kind of Game of Thrones look. It’s a lot cooler, but you’ll get great service because there aren’t as many people. For the adventure, I’d say come in the middle of winter.”

While it’s beautiful and an architectural marvel, the castle isn’t the only draw. The wine it produces has grown quite famous, drawing people in just as much. Sullivan states, “When I started 8 years ago it was certainly the castle, but since then the wine’s grown in popularity.”

And why wouldn’t it? Producing whites, reds, and sweet wines, the underground winery produces some of Napa Valley’s finest. “When we make the red wines we use open-top, stainless steel fermentation tanks that Dario brought over from Italy,” Sullivan explains. After a 9-day fermentation process, the juice is removed and the wine is put in wooden barrels in the castle for 2 years. 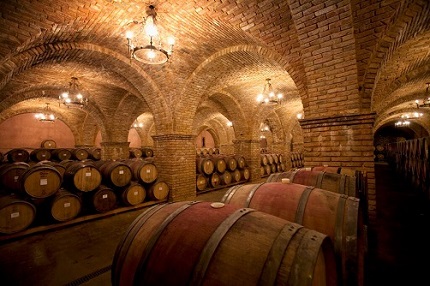 The best way to get the full experience is to join one of the tours and tastings. You’ll be led through the upper floors of the castle by an experienced guide, checking out rooms such as the great hall, library, and more. Then you’ll go into the underground winery to sample between five and six different wines. “The thing about wine is that you have to smell it, you have to taste it,” he says. After all, with so many different vintages and flavors, how else can you know what you’ll like?

Their Cabernet Sauvignon and La Castellana can't be found in any grocery store, though; all wine is exclusively made and sold at Castello di Amorosa. Thankfully, they’re happy to ship it all over the country to Amici del Barone—“Friend of the Baron”—Wine Club Members. “People get to relive their experience at the castle through the wines that we ship,” says Sullivan.