From Animal Lover to Ambassador

Some kids want to be firefighters when they grow up. Others want to be athletes. And some even want to be Batman. But for Rick Schwartz, an Ambassador for San Diego Zoo Global, there was no question that he wanted to work with animals.

San Diego Zoo Global is the organization that runs the San Diego Zoo and San Diego Zoo Safari Park. A non-profit, its mission is to save species worldwide by through conservation and education. Founded in 1916, it’s become not only a major part of the San Diego community, but a key player in researching and protecting endangered species all over the world. 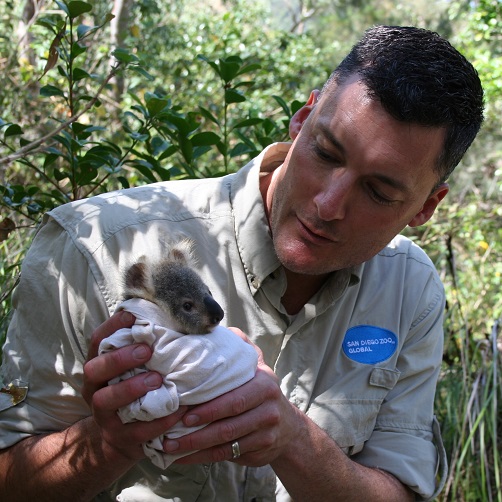 As an Ambassador, Schwartz feels extremely proud to work for such an organization. “I was fortunate enough to travel the world [with San Diego Zoo Global] and it’s the same in many cultures; there’s a certain disconnect with nature,” he says. “I see that as another living being, we want to reconnect with nature, and that’s what I do; I reconnect people to nature.”

But how does one gain a position at such a major organization? Or even a job with animals in the first place?

“Growing up, I always gravitated towards animals. I’d go to the zoo and be fascinated by all the exhibits,” Schwartz says. “I found out in middle school that you could actually have a career working with animals, and I was floored. I had no idea.”

According to him, he wasn’t the greatest student due to his dyslexia, but when he discovered that Moorpark College offered classes to help with this career path, he pushed himself through high school, took some courses at a community college, and eventually enrolled himself in the Exotic Animal Care & Management department.

After that, he bounced around several jobs, but after applying seven times, he finally got a position as a part-time keeper at San Diego Zoo’s children’s zoo. This meant that he worked with the hand-raised animals that would become Animal Ambassadors. Schwartz’s job was bringing them out to teach kids about nature and the amazing animals that live in the world. He says watching the kids’ eyes light up is incredibly rewarding. “My favorite thing is when I come across a kid who discovers an animal species they haven’t seen before.” 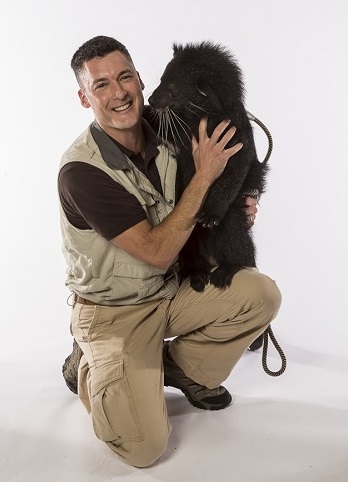 Sixteen years later, Schwartz’s Ambassador position means he’s no longer hands-on with the animals, but he has plenty of fond memories. “The favorite animal I’ve ever worked with is a species called a binturong.” A fascinating animal native to Southeast Asia, they’re known for, oddly enough, smelling like buttered popcorn. He says he became very close to one in particular. “Without anthropomorphizing it, you know when you’re in school and you sit next to a kid on your first day and by the end of the year you’ve become best friends without even knowing how? That’s how I was with this binturong. He was an individual that had a great personality.”

For Schwartz, it’s been a long but rewarding road to get where he is, but he’s proud of what he’s doing. “You work for a non-profit you don’t make as much as someone in the private sector, but the emotional reward and knowing that you’re helping on a larger scale is immense.” In fact, he’s helping even more by bringing things full-circle and teaching at Moorpark College part-time. “I’ve always thought if I can give back to the next generation of animal care specialists that I’m doing well.”

With the rapid increase of extinction rates and loss of habitat, zoos are more important than ever. “I work for San Diego Zoo Global, but you really need to support your local zoos. We can’t do it alone. Supporting your local zoo is important; it’s a living museum,” Schwartz says. “That’s why I believe that my role, animal specialists, and other conservation efforts are so important.”