How to Get the Cape's Best Honey

Honey. It’s full of nutrients, sweeter than sugar, and a natural remedy for illnesses like laryngitis. The question is, where is the best place to get honey on Cape Cod?

For some, like Claire Desilets, the Corresponding Secretary for the Barnstable County Beekeeper’s Association, it’s their own backyard. For this beekeeper, what started as a school project and a way to pollinate her family’s cranberry bogs has remained her passion over 30 years. “It’s a very fascinating hobby,” she says. 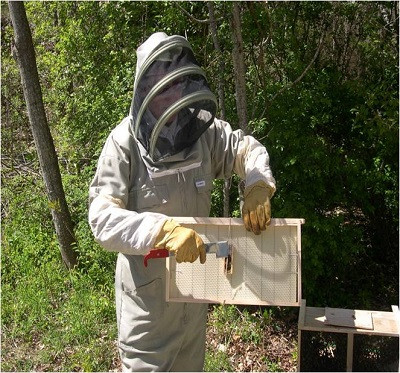 Because of the short season, it’s not the easiest hobby to pick up, but there are certainly rewards. Depending on the number of hives a person has and the abundance of flowers, beekeepers might be swimming in honey. “At one point my husband and I had about 2000lbs of honey for 40 hives,” says Desilets. “We tell our new beekeepers you could get up to 50lbs of honey.”

While it may seem daunting, the BCBA and places like the Cape Cod Museum of Natural History hold beginner classes every year. “Most of our beekeepers get into it because they have a big backyard garden and only need one or two hives,” says Desilets. These courses cover the equipment, the hive’s lifecycle, and of course, how to harvest the honey.

There are a lot of health benefits to having fresh honey on hand. Not only does a daily dose of raw honey raise the body’s antioxidant levels, it can help counter pollen allergies, treat coughs, and treat ulcers. For cooking enthusiasts, it can substitute up to one-half the sugar called for in a recipe, making any meal instantly healthier. Taking up beekeeping is an excellent way to ensure this sweet and handy ingredient is always in the pantry.

Most people might think that honey doesn’t have much variety, but that’s not true. The taste varies depending on what flowers the bees have visited. The most common blossoms are goldenrod, aster, and wildflowers. “You can tell where the honey came from based on the shade,” says Desilets. Shade also varies based on when it was harvested, with lighter honey most common early in the year, and the color getting darker later on. 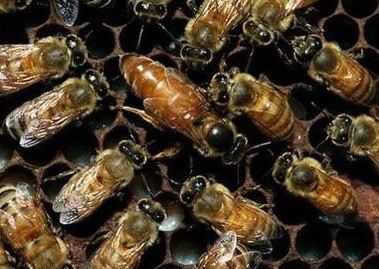 An important thing for the amateur beekeeper to remember is to leave some for the bees. Desilets points out that starvation can bring the end of a colony if you aren’t careful. Luckily, a useful thing about most man-made hives is that they are designed to give the bees more space than their normal hives would, allowing them to store extra honey for the months where they won’t have as much access to fresh nectar.

Though the BCBA has over 450 members, beekeeping isn’t a hobby for everyone. Luckily, many of those members are willing to sell their wares. Visitors can find honey stands throughout the Cape, but Desilets says, “[A Farmer’s Market] is their best source if they want local honey.” Visitors can also get locally-sourced honey from places like E&T Farms, a family-run business that has been producing honey for over 30 years.

One thing she points out is that, even if someone living on the Cape doesn’t want to take up beekeeping, there is a way for them to contribute. She says, “We need more folks to plant bigger gardens with early-blooming flowers and use less pesticides.” That way, there will be plenty of great honey on the Cape for a long time to come.