How to spend vacations in Cape Cod

National Geographic has assembled its list of the top best fall trips for 2015 and the Island of Nantucket has made the grade. The list includes ten Nat Geo editor picks and one reader's choice. 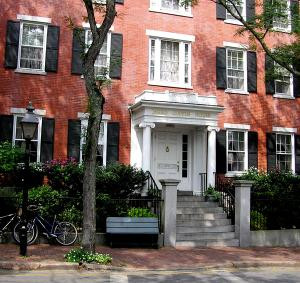 This list takes travelers from one end of the globe to the other--from Australia to Ethiopia, from Latvia to Brazil. Nantucket is one of only two American destinations included in the list (San Antonio, TX is the other).

The Grey Lady got a bit of a boost thanks to the coming release of "In the Heart of the Sea" (Warner Bros.) in December 2015. A trip to Nantucket, according to Nat Geo, is the perfect way to bone up on the history of the whaling industry in time for the film's debut. "In the Heart of the Sea" is based on the book by the same name by Nathaniel Philbrick. Both the film and book chronicle the true-life ordeal of the Whaleship Essex in 1819. The Essex left Nantucket and sank after being rammed by a sperm whale in the South Pacific. The event was the basis for "Moby-Dick" by Herman Melville.

Nat Geo suggests a visit to the Nantucket Whaling Museum along with dining and lodging suggestions.