Feast on scrumptious seafood at one of Cape Cod's clam shacks.

Your Cape Cod vacation wouldn't be complete without treating yourself to a mountain of deep-fried seafood, so cancel your fancy dinner reservations and behold one of New England's wonders of the world—the clam shack. 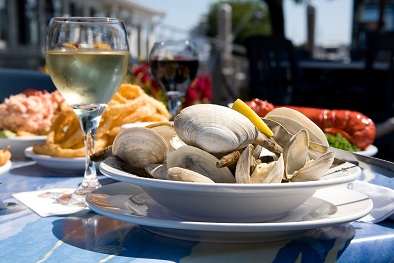 Come to Spanky's Clam Shack for "wicked good" golden fried clams, scallops and shrimp. Boasting award-winning chowder, Spanky's is the perfect place to satisfy your clam craving. Located on Hyannis Harbor, it is close to all of Main Street Hyannis' activities. All seafood is locally caught and harvested, guaranteeing the freshest seafood experience. Spanky's is an eight-time winner of The Cape Cod Life Readers Award for The Best Seafood on Cape Cod. Adjacent to the restaurant is Spanky's Gift Shop where you can purchase Cape Cod memorabilia and souvenirs.

Lobster rolls can be divisive. Hot with melted butter—or cold with mayo? Forget this age-old debate and come to the Skipper Restaurant and Chowder House; the menu features both. The "Traditional Lobster Roll" is served "the Skipper's way" with four ounces of fresh-made lobster salad on a toasted brioche roll. Those with larger appetites with enjoy Skipper's "Lobster Roll Supreme" with a half-pound of lobster salad on a French roll. "The Wicked Awesome" is a half-pound of fresh lobster served hot with butter on brioche. Cool down after lunch at The Skipper's Ice Cream Shack, featuring specialty sundaes such as The Old Salty Dog, Davy Jones Locker, and more decadent delights.

Captain Frosty's has been serving fried seafood for over 40 years, with awards from Fodor's, Zagat, Best of Boston, Cape Cod Magazine, Coastal Living, and more.  Their specialty is their fresh, Atlantic fish and chips—fried golden and served with coleslaw. In addition to fried seafood plates, the menu also features seafood rolls, salads, sandwiches, and kid's meals. Treat yourself to some delicious soft-serve after your meal.

For over six decades, locals and tourists alike have been frequenting Kream ‘n Kone to taste their award-winning seafood platters. Choose a combination of haddock, flounder, shrimp, scallop, whole bellied clams, clam strips, calamari, and oysters—pick one, two or three! Plates are piled high and served with fries and homemade onion rings. Kream ‘n Kone's philosophy is buying and serving fresh, top quality seafood and they've won several awards since opening their doors in 1953 including Best Clams, Best Family Dining, and Best Onion Rings. The restaurant has also been featured on The Phantom Gourmet's "Great Ate". 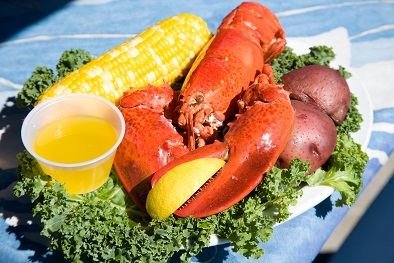 If you still want to feast on seafood but need a little break from the deep fryer, visit the Sesuit Harbor Café. The menu features two sizes of boiled lobster (1 ½ lb and 2 lb) served with drawn butter. You can also order a salad topped with lobster, shrimp, salmon or seared scallops. Check out the Café's raw bar of the freshest local seafood including clam chowder, lobster bisque, steamers, Wellfleet Oysters, Chatham Littlenecks, tuna sashimi and more.