Seashells on the Seashore

Explore the beaches of Cape Cod National Seashore and you might walk home with a few treasures.

Explore the beaches of Cape Cod National Seashore and you might walk home with a few treasures. While Cape Cod isn’t necessarily known for seashell collecting, many of the year-round residents like to hunt for driftwood, sea glass, and horseshoe crab shells. 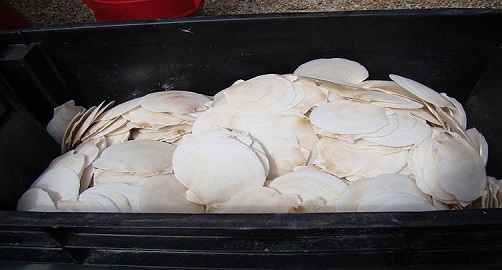 What shells are you likely to find while exploring Cape Cod? Bay scallop shells are native to the area and they come in all sizes. Quahog and clam shells turn up on the beaches often, and usually have spots of deep purple. Jingle shells may wash up in large numbers after a storm. These shells, also called Mermaid’s toenails, are thin and shiny and sometimes appear golden.  A less common find is the whelk shell.

According to Stasia Burke, Visitor Services Assistant of the Cape Cod National Seashore, the beaches on the ocean side of Cape Cod tend to have more rocks than shells, because the beach and living creatures that inhabit the area are constantly being bombarded by the incoming waves of the open ocean. “Some of my favorite places to look for treasures are the beaches on the Nantucket Sound,” says Burke. “Red River Beach in Harwich Port is loaded with mostly slipper shells, but a keen eye will discover beautiful scallop, clam and sometimes even an operculum—the closing lid of the Whelk shell.” Veterans Park Beach located in Hyannis, also has interesting finds, according to Burke, as well as Craigville Beach in Centerville.

If you aren’t lucky enough to find any shells on the beach, don’t worry—you won’t leave the Cape emptyhanded. Fisherman-turned-artist and founder of Chatham Coastal Creations, Nick Nickerson, harvests, designs and handcrafts ornaments and mirrors with local seashells. 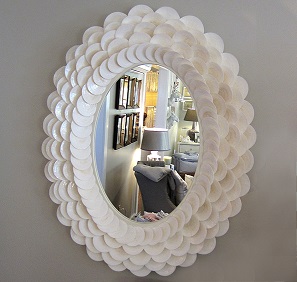 Because sea scallops are shucked at sea, fishermen will dispose of the empty shells by tossing them overboard after harvesting the meat. But now, the fishermen save the shells and bring them to Nickerson, so he can clean and transform them into exquisite silhouette ornaments with various designs, which can be used for Christmas tree decorations, home décor, even wedding favors—a new popular trend. The mirrors and ornamental shells can be found in several shops on the Cape. Visit the Chatham Coastal Creations website for a list of stores.