The Cape Cod Melody Tent will kick off its 2016 season with a Cape Symphony show on June 18, followed by a spectacular lineup including Heart, Frankie Valli & the Four Seasons, Lynyrd Skynyrd, Bonnie Raitt, Bill Maher and ZZ Top.

A live concert is an awesome addition to any vacation itineary. Here are five great reasons to see a Cape Cod Melody Tent show this summer.

Each year, the Melody Tent attracts fans of all ages and all kinds of music. "Our venue is unique in that we don't cater to just one audience or genre," said Hanna Yando, marketing assistant for South Shore Playhouse Associates, the not-for-profit that owns the Cape Cod Melody Tent. "We try to provide something everyone." 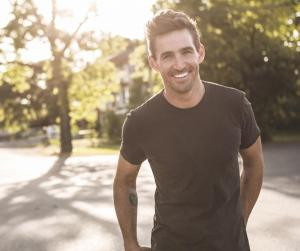 Several contemporary country artists including Lee Brice, Jake Owen, Phillip Phillips and the Band Perry will take the stage in Hyannis this summer. If country isn't your thing, check out Ziggy Marley, Ben Folds or Straight No Chaser.

If a good laugh is your idea of a perfect night out, the Melody Tent will host well-known stand-up comedians Sebastian Maniscalco, Tracy Morgan, Bill Maher and Jeff Dunham.

Classic pop and rock artists have been playing the Melody Tent for years. Many return to the venue each year including Frankie Valli & the Four Seasons, The Temptations & the Four Tops and Boz Scaggs. "One returning act we are especially excited for is Paul Anka--he unfortunately had to cancel his performance last year due to a last-minute medical emergency, so we are looking forward to having him back this year--in better health!" Yando said.

Two favorite cover groups that have played the Melody Tent for many years, The Fab Four Ultimate Tribute Band and ABBA the Concert, will also be back this season.

2016 will be even cooler with performance by some of the most powerful women in rock Ann and Nancy Wilson of Heart and Bonnie Raitt (both concerts unfortunately sold out), and southern rock gods Lynyrd Skynyrd and ZZ Top.

3. No such thing as a bad seat

The Melody Tent is one of the only two continuously-operated tent theaters in the round in the country (the other is sister venue South Shore Music Circus in Cohasset). Since its opening in 1950 when tickets cost between $1.20 and $3.60, the Melody Tent has played host to hundreds of performers.

Shows take place in an open air tent making it possible for the show to go on rain or shine. Yando said the tent goes up pretty quickly. "Once you see that the tent is raised, you know the show season can't be far off!"

There are 2,300 seats in the Melody Tent, although fewer seats may be sold depending on staging for a given show. Most shows are played in the round and the slowly rotating stage gives everybody the best view.

The Melody Tent is easy to get to and offers free on-site parking. Unlike some venues where you wait seemingly forever to be on your way after a show, you'll be in your car and out of their before you know it. If you are staying in the Main Street Hyannis area, you can even walk to your show.

The gates open an hour before the show, giving you ample time to park, grab a couple ice cold beers and find your seat. Although tailgating, coolers and such are not allowed, the in-venue concessions offer favorite summer fare, non-alcoholic beverages, beer, wine and frozen drinks.

5. Make it a night on Main Street

The Cape Cod Melody Tent is at 21 West Main Street at the West End Rotary at the end of Main Street in Hyannis. Head back up Main Street (it's one-way so you'll have to take either South Street or North Street which run parallel) and you will find Cape Cod nightlife.

If you want to have a bite to eat before the show, make sure you give yourself plenty of time to enjoy your meal and get to the venue on time.

Most Melody Tent shows are over by 10 p.m., which means Main Street clubs and bars are just getting started. Enjoy a drink or two and keep the evening going with more live music.  Find the fun at emBargo, the British Beer Company or Tap City Grille. Grab a slice at Palio Pizzeria or Pizza Barbone. Or top the evening off with something sweet at Ben & Jerry's, Caffe Gelato Bertini or Katie's Ice Cream.