As fun as summer is, it can also be exhausting! Whether you have been at the beach all day and are wiped out from all the sunshine or you have been trying to wear out your kids and have managed to wear yourself out too, some nights you just don’t want to deal with the hassle of cooking dinner (if you are staying somewhere with a kitchen) or wading through traffic, reservations, and crowded restaurants. Some nights, you just want to stay in, have something quick and easy, and watch a movie or play games (or pass out!).

If you ever feel like that, you might want to know where to go to get something great, so here are some of the best places to go for take-out on Cape Cod! 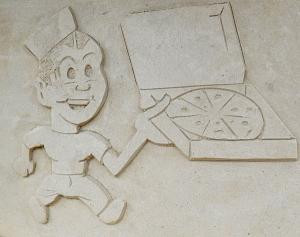 1. RC’s Pizza (Peterson’s Market), Yarmouth: A staple of the Mid Cape, RC’s Pizza is delicious and inexpensive. RC’s also makes a monster-size pizza (in addition to their regular sizes) that is sure to satiate all appetites. Another plus? The large pizza here is actually 18”, unlike some pizza places in the area that will charge you the same as RC’s (or more) for a large pizza that is 14” or 16”. 918 Route 6A, Yarmouth Port

RC’s also has a new location at the Barnstable Market.

2. Zia Pizza, East Orleans: Located off the beaten path, Zia Pizza is on the way to Nauset Beach in East Orleans and they serve up some seriously tasty food. With unique toppings for their pizzas and sandwiches, Zia is great for those with eclectic tastes, yet they also offer plenty of pleasing food for people with less adventurous palates. 210 Main Street, East Orleans

While Zia is great for take-out, they also have seating and serve beer and wine, so Zia can be a great place for a casual night out.

3. Corner Store, Chatham: Well-known for their burritos, the Corner Store – which prides itself on being “Fresh, Fast, & Fun” – also has appetizing paninis, whoopie pies, cookies, and other treats. 1403 Old Queen Anne Road, Chatham

The Corner Store is open from 6:30am to 6:30pm, so if you are thinking of a late dinner, they might not be on your list, but if you are looking for tasty take-out for the beach, an early dinner, or even breakfast (their breakfast burritos are scrumptious), then this is the perfect stop!

Another notable pizza place in Provincetown is Spiritus Pizza on Commercial Street.

5. Double Dragon, Orleans: If you aren’t in the mood for pizza and you want some of the best Polynesian cuisine on the Cape, then go to the Double Dragon Inn in Orleans. Not only do they have exceptional service (for sit down dining and take-out), but they are also open until 2am, so you can get a very late dinner (or post-midnight snack). 59 Route 6A, Orleans

If you are in the mood for sit-down dining, the Double Dragon also has some of the most potent libations on the Cape.

The eponymous “Cricket” is also right next to the Nauset Fish and Lobster Pool, so stop in and pick up some fresh seafood there if you are so inclined.

7. Red Barn Pizza, Eastham: Another pizza place that has large pizzas that are actually 18”, the Red Barn not only has succulent food for take-out, but ice cream as well. If you are waiting for pizza, you can even enjoy a glass of beer or wine.
The Red Barn is right next to the Gift Barn, which has plenty of souvenirs to choose from, as well as a mini-golf course! 4180 Route 6, Eastham

8. George’s Pizza, Harwichport: George’s has been a Cape Cod favorite for 43 years and it is not hard to figure out why. Their delicious pizza, pasta, and subs all make for a great fast meal. Located in the center of Harwichport, George’s gets pretty hoppin’, so don’t forget to call ahead! 564 Route 28, Harwichport

9. B2 Burrito Bistro, Hyannis: With fresh and tasty burritos, as well as smoothies and other temptations, B2 is a good spot to stop for some easy Mexican-inspired take-out. They have modern burritos in addition to the classics, so everyone can find something they want! 790 Iyannough Road (Route 132,), Hyannis

10. DJ’s Wings, Hyannis: Not only offering take-out, but delivery as well (a real rarity on the Cape!), DJ’s has some of the best wings around, as well as other delectable treats that will make for a perfect accompaniment to a game night, movie night, or just a simple night in. 165 Yarmouth Road, Hyannis

So if the go-go-go pace of your vacation has you wishing for some respite, consider one of these wonderful take-out spots, pick up the phone, and order out for the perfect night in.

The sand sculpture in front of Peterson's Market in Yarmouth Port says it all: PIZZA! Photo by Maggie Kulbokas.