Things to Do In Provincetown 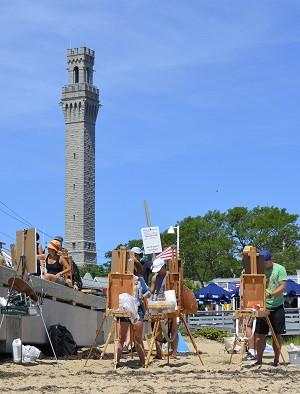 Cape Cod’s arguably most vibrant town is Provincetown, blending a cosmopolitan mix of personalities, restaurants, stores, and attractions. The oldest art colony in America, “P-Town” is full of galleries, art classes, and theaters. Considered one of the leading LGBTQ destinations in America, Provincetown is home to artists, annual festivals, and exciting and inclusive events all year-round.

Drag shows can be found nightly throughout the town. For a new twist on mythology, don’t miss Greece, A Musical by the Gold Dust Orphan Theatre Company. This creative drag show mashes up the musical Grease with mythical Greece and throws in some Shakespeare for extra flavor Multiple events celebrate equality and LGBTQ lifestyles, from Bear Week to Family Week. Most famous is the Annual Carnival Week, a massive themed festival celebrating LBGTQ life, with parties, costumes, parades, and more.

Provincetown’s nightlife is second to none on the Cape. Cruise down Commercial Street to take in the sights and sounds. The Post Office Café & Cabaret serves breakfast in the morning and entertainment at night. The Mews offers a downstairs restaurant serving contemporary American food and an upstairs lounge serving upscale bar food and over 300 kinds of vodka. 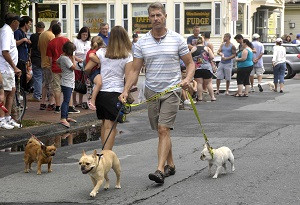 Provincetown is also one of the Cape’s most dog-friendly destinations. Dog Gone Sailing Charters allows sea dogs of all shapes and sizes aboard their sailing tours, and even provides doggie life vests. Or stop by the award-winning Pilgrim Bark Park to allow the dog to run and play while you appreciate unique local art.

The town’s most recognizable landmark is the Pilgrim Monument, built in 1907 to commemorate the Mayflower Pilgrim’s first landing in the New World in 1620. President Theodore Roosevelt laid the cornerstone in 1907, and President William Howard Taft dedicated the completed tower in 1910.

Fun Facts
The Mayflower Pilgrims originally landed in Provincetown in November of 1620, spending five weeks there before sailing off to Plymouth. It is also where they drew up and signed the Mayflower Compact, which established the laws for the new land.

In the popular television show Glee, same-sex couple Kurt and Blaine honeymoon in Provincetown following their joint wedding with Brittany and Santana.