From Plymouth to Provincetown

Cape Cod is an area rich in history. From its earliest days as an epicenter of Wampanoag and Nauset culture and the site of one of the first European settlements in North America to its heyday as a leader in the eighteenth- and nineteenth-century whaling industry, the region provides something of a snapshot of centuries of American history. Curious visitors with an interest in history, no matter the topic or period, can find something to explore at one of the Cape’s historic stops. 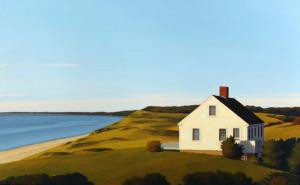 While not on the Cape proper, Plymouth is one of the most historic cities in the United States. Currently a bustling city of almost 60,000 residents, Plymouth was the site of the Mayflower’s 1620 landing. The Pilgrims established Plymouth Colony, which was one of the earliest successful European colonial ventures in the New World and ultimately became a stepping stone for further English colonization in North America.

Experience this foundational episode in American history first-hand at Plimoth Plantation, one of the region’s premier living history museums. Visit the meticulous recreation of the 17th-century English Village and interact with costumed and roleplaying interpreters who portray actual colonists who once lived in the village and vividly bring Plymouth’s early history to life. Next-door to the village, learn about the Native American experience at the Wampanoag Homesite, where the museum’s staff—all Native People—demonstrate authentic Native crafts and dress and share the history and culture of the Wampanoag from a modern perspective.

Just over the Cape Cod Canal is Sandwich, Cape Cod’s oldest town, incorporated in 1639, and is also home to Heritage Museums and Gardens, southern New England’s oldest public garden. This iconic Cape Cod landmark is an eclectic and family-friendly cultural stop. Covering over 100 acres, the gardens feature a world-renowned collection of rhododendron, one of the country’s most important hydrangea collections, and thousands of varieties of trees, shrubs, and flowers.

Heritage Museums is also one of the Cape’s foremost museums of American art and culture. This year, view Heritage’s special exhibit, Painted Landscapes: Contemporary Views, which features the best of American landscape painting. Or explore the Automobile Gallery, which houses an impressive collection of restored American cars.

Hyannis is famous as the summer home of the Kennedy family. At the John F. Kennedy Hyannis Museum, learn about Kennedy’s legacy and about the role that Cape Cod played in American politics and culture during his presidency. Explore the museum’s extensive multimedia offerings and preserved artifacts. This year, celebrate the centennial of John F. Kennedy’s birth with special events ongoing throughout the summer, including a special exhibit opening on May 25th, JFK at 100: Life and Legacy.

In Yarmouth Port, stop at the quirky and unassuming Edward Gorey House, a house museum celebrating and preserving the legacy of the famous illustrator Edward Gorey. An incredibly unique museum about an incredibly unique man, the House showcases a body of work that is dark and unsettling while simultaneously often light and amusing. Take a docent-led tour through the house, which features a new exhibit every year. This season, check out Cabinet of Curiosities and explore Gorey’s odd assortment of collected items.

While Plymouth is remembered for its colonial history, Provincetown holds the honor of hosting the earliest English landing on the Cape. Visit the Pilgrim Monument and climb the 252-foot structure, honoring the Pilgrim’s five-week stay in the area in 1620. Just next door to the Monument, the quaint Provincetown Museum encompasses the entire scope of Provincetown’s five-hundred-year history—highlights include a scale model of the Provincetown Player’s first theater and a faithful recreation of the home of a 19th-century sea captain.