Things to Do In Orleans

A beautiful mix of history, culture, and community, Orleans is considered one of New England’s most charming towns. 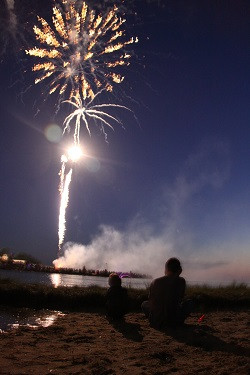 There’s no place to celebrate Independence Day like Orleans. Every year they hold a July 4th Parade, where locals and visitors alike can see floats, hear music, and celebrate with classic American fun. At dusk, sit back and watch the annual July 4th fireworks show at Rock Harbor.

With 54 miles of coastline, there’s plenty of seaside fun to be had at its two large, public beaches: Nauset Beach and Skaket Beach. Both have miles of great sand for building castles, and the sunsets at Skaket are praised by locals for their beauty.

For outdoor enthusiasts, Orleans is the midpoint of the Cape Cod Rail Trail, a 22-mile network of biking, skating, hiking, and jogging paths built on an old railroad. Birdwatchers will enjoy the different species seen in Orleans every year, not only along the coastline but in places like Nauset Marsh and Pochet Island.

Settled in 1693 by Pilgrims and incorporated into the Cape in 1797, there’s plenty of history in Orleans. The Jonathan Young Windmill is a restored, working 18th-century windmill that stands as a testimony of the town’s saltworks days. Meanwhile, the French Cable Museum houses an impressive collection of original artifacts from the days of undersea telegraphic communication. 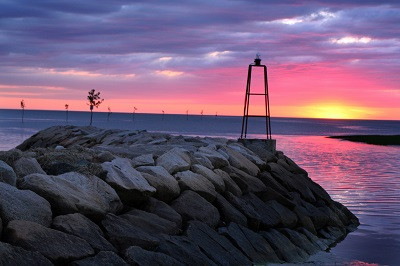 The town is also home to the rescue boat CG36500, which was used by Coast Guard crew members to save 32 men from the tanker Pendleton during a raging storm in 1952. The Disney movie The Finest Hours is based on this event.

Interested in model trains? The Nauset Model Railroad Club has over 70 members and 2,000 square-feet of working train layouts in five different sizes. They hold open houses on Wednesdays in July and August, and members are always happy to answer questions and encourage new modelers.

Fun Facts:
Orleans was the first, and only, spot in the United States to receive fire from the enemy during WWI.