How to spend vacations in Cape Cod

The ice cream shops that have been closed all winter are now open to serve up one of the best treats the Cape has to offer. While off Cape the options for ice cream consist of chains such as Dairy Queen or Friendlys, on Cape Cod, there is an abundance of shops that make their own ice cream (or sell ice cream that has been made in New England).

The Ice Cream Cafe at 5 South Orleans Road in Orleans (508-240-0003) makes their own ice cream and frozen yogurt, as well as a "soft serve" by Chloe's which is made of water, fruit, and cane sugar.

The Hot Chocolate Sparrow at 5 Old Colony Way in Orleans (508-240-2230) has more than just coffee, offering up ice cream by Richardson's, as well as their frozen mochas and hot chocolates.

The Ice Cream Smuggler at 716 Route 6A in Dennis (phone 508-385-5307) has great ice cream, as well as amazing ice cream cakes that are perfect for family get togethers or celebrations. They are also cash only. 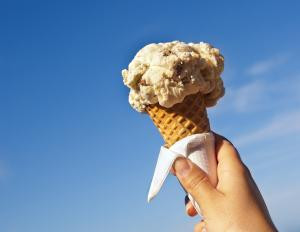 Lewis Brothers of 310 Commercial Street in Provincetown (508-487-0977) makes their own fantastic ice cream, and they also have a solar ice cream truck which visits the Truro Farmers Market and the beaches in Truro.

Four Seas Ice Cream of 360 South Main Street in Centerville (508-775-1394) has been serving their great homemade ice cream since 1934 and is a great stop either on the way to the beach or on the way home.

The Ice Cream Sandwich, located at 66 Route 6A in Sandwich (508-888-7237), serves up great homemade ice cream (they also make their own waffle cones and whipped cream), and 11 flavors of soft serve, as well as Gise, which is a natural soft serve product that has only 40 calories per serving. Gise is made with sweet milk whey with the milk solids and milk sugars removed.

If you love ice cream, you are in the right place. ©THPStock/DPC